Alien fetish – kink from beyond the stars

How about sex with one?

What we are dealing with here is exophilic. Anyway, have a look at this novel – food for thought.

Alien fetish creature from another ecosphere 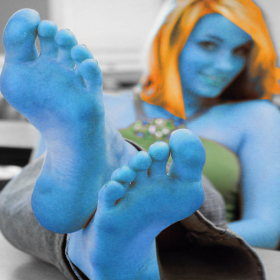 What is it about an alien fetish that turns people on? It’s got to be the utter ‘otherness’ of intimacy with a creature from another ecosphere. An intimacy that nature. However, you define nature, never intended to happen. Because just imagine for a moment that you’re getting down and dirty with an alien. How would that impinge on your senses? Imagine how you’d cope with grabbing on to their scales or even spikes. Imagine wrapping your legs around their multiple appendages. Is there a mouth? There’s many ???!!! Which one do you kiss? Do they ooze any fluids? Where from? What’s that smell? Only the truly fearless would sign up for this type of sex tourism and it certainly puts a fortnight in the Balearics into perspective.

Fortunately, there is such gizmo to allow you to carry out this fantasy. It’s covered on Vice.

Once you enter the world of exophilic sci-fi the possibilities are endless. Imagine Alien vs. Predator as a snuff movie or even – spinning it in a completely different direction – as a love story.

Slave Bobbie fantasises about a visit to the planet Zog where he meets a (female) alien – well she looks female anyway – a bit like that Natasha Henstridge in the film Species. This alien is capable of morphing her outer skin into a shiny black latex form. She has two leg-like appendages from which protrude extensions that resemble feet.

The heels of the feet-extensions can themselves grow additions which are 6-inch stilettoes. As she towers over slave Bobbie she grows arm appendages at will. Two of these secure slave Bobbie to a whipping bench, while another two gag him – all at the same time. Then a tentacle penetrates his rear, while yet another strokes his cock. Yet another swings a whip. Wow! This is double – no make that treble-Domme. All controlled by a single mind. Can you imagine?

Having to gaze up at five faces, all replicas of each other, each one on the end of a long twisted neck extending from the same body, reaching from his rear to his front so as to look down on him, might be a bit off-putting though.