Claustrophilia, Turned on by tight Spaces

Claustrophilia, Turned on by tight Spaces

For me. Tight spaces freak me out. This is, however very different for many people who crave total confinement.

I can certainly understand being tied up or wrapped up. However, things change dramatically when the confinement will include an incredibly tight space like the boot of a car are in a cage or casket.

Many people, as we know do enjoy being caged. Caged, bagged up and popped in boxes.

Superspy caught in a tight spot

There was a peculiar case of a British superspy Gareth Williams, whose corpse was found padlocked inside a duffel bag in his apartment.

A sense of helplessness

Claustrophilia is the exact opposite of claustrophobia. As for many of us, the thought of being completely confined induces a feeling of absolute terror. Whilst in others it is a source of comfort and sexual arousal.

A specific case of Claustrophillia

It’s difficult to sexually profile an individual who partakes in Claustrophilia. However, an individual who I spoke to recently. Quite clearly indicated that the feeling of safety and security is overwhelming. This particular individual had suffered from abuse and neglect in his past. He indicated that it is important for him to be (ideally) restrained and caged by his partner.

It seems important for his sexual partner to be completely in control over the subs individuals movements. Knowing that the dominant sexual partner wants him to be in situ at all times.

This of course will be different for many people who get turned on by tight spaces.

I do wonder though, to what extremes would an individual go. For example, would they want to be trapped in an elevator? Or, in a tunnel that is slowly closing around them.

This sounds like the thing of nightmares to me.

What are your thoughts on Claustrophilia? 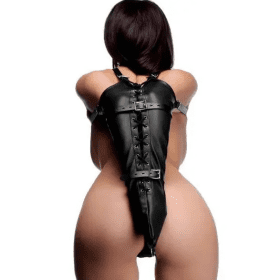