Stigmatophilia tattoo sex. To piercings, body modification or tattoos get you off?

Stigmatophilia. Do you get off on sex with someone who has tattoos? Or do you get a thrill from having your own body tattoo? Well, both sensations fall under the label of Stigmatophilia.
Interestingly, this label also encompasses piercings or indeed anybody modification.

Dr Mark Griffiths has written about this on a blog. 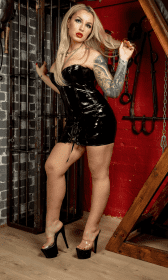 Some people incorporate the act of tattooing into the actual foreplay before sex. Tattoo fetish or Stigmatophilia can work in a number of different ways for people. Additionally, some people just get turned on by seeing body art or piercings on their partner. For others, it is an auto-erotic masochistic experience. Furthermore, the sensation of being tattooed or pierced by someone else is what generates the thrill.

Vice is another website that features kinky couples who get off on Stigmatophilia.

The tattoo parlour ‘sang bleu’ (blue blood for those who don’t have French). Is situated in Dalston Lane, London. Also, it has an interesting tale in its blog.

Slave Bobbie has planned to get a tattoo for some time. He wants to pay homage to his Mistress. By getting a simple line drawing of a Domme done in black. Additionally, with a scroll underneath bearing her name. It would be on a part of his body that is normally covered up. Even in the hot weather. That restricts him to an area below the waist but above the lower thigh. Some obvious places suggest themselves.

The problem is that his Mistress has forbidden him from getting anything done on his buttocks or upper thighs. She has made it quite clear that the buttock skin belongs to her. And, must be available at all times to take a lashing from her dressage whip. Also, by extension, this includes the upper thigh in the event of accidental wraparounds. Any tattooing on these areas would render them off-limits. Especially when it comes to CP. This would stop any CP sessions for several weeks while the tattoo wounds heal. This she has declared to be unacceptable.

Slave Bobbie would be grateful for suggestions from tattoo fetishists as to where on his body the picture-homage could be etched. Wouldn’t necessarily say that I have the fetish Stigmatophilia as one of my main kinks. However, it gets me hard thinking about it!